Before Nick joined Big Brothers Big Sisters of Rhode Island, he wasn’t quite sure how to define mentorship. “Like Big Data or The Cloud, I knew it was important, but it was difficult to put into context,” jokes Nick. “Even now I am still learning, but becoming a mentor with Big Brothers was critical to my understanding of what it means to be invested in someone’s future and to want them to succeed.” 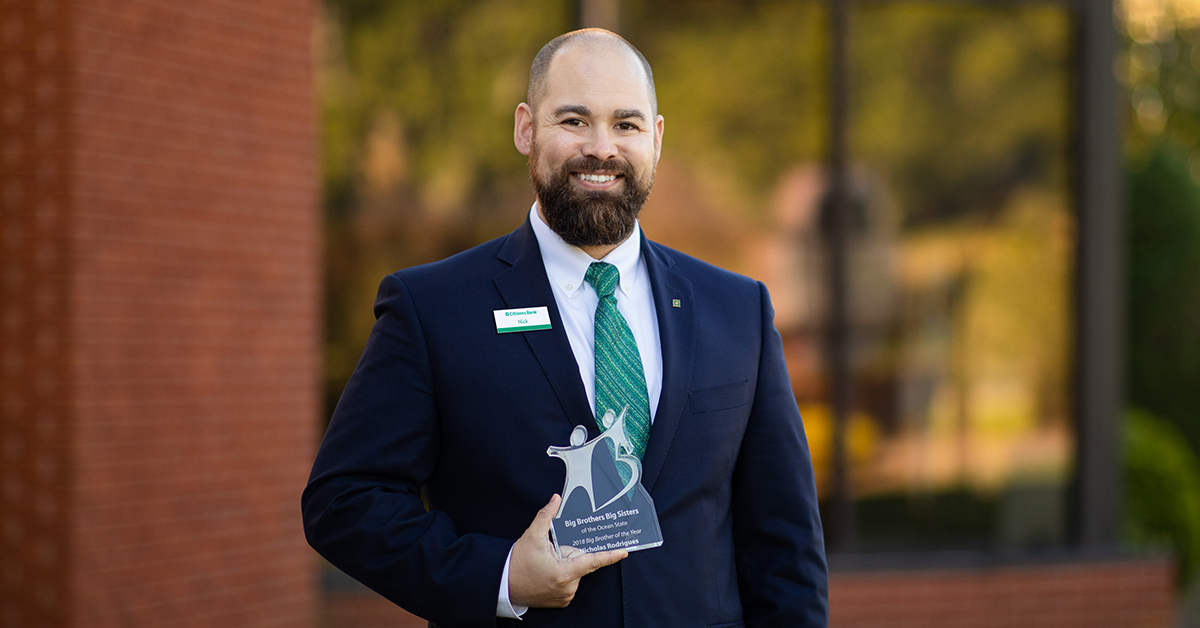 Nick, our Program Manager in Internal Audit, began volunteering for Big Brothers Big Sisters of Rhode Island in 2014. He was partnered with middle school student Angel and quickly began to develop a relationship with him. Four years later, Nick has been named Big Brother of the Year for his continuous dedication to his mentee. Nick has also joined the Big Council where he helps the organization identify ways to recruit mentors. Currently there are 92 boys who are waiting for a Big Brother.

While Nick mentions the partnership is totally focused on the development of the Little Brothers, he has also benefited as a result of the program. “I’ve had the privilege of being able to watching Angel grow up as I’ve gotten to know him over the years,” explains Nick. “Our relationship has evolved and seeing him isn’t a volunteer activity anymore; it’s a part of my life and something that I look forward to each week.”

Asked to expand more broadly upon mentoring and what it means to him, Nick shares these three lessons he has learned from his experience over the years:

Learn more about life at Citizens, other examples of how we are making a difference in our communities, and how you can apply to join our organization.